I recently got my hands of a bundle of Osprey Raid books and I had the pleasure to read them one after another. Here are my favorite top 5 Raid books from the series that I can wholeheartedly recommend to anyone who’s interested in small team action military history throughout the ages.

What actually are Osprey Raid books?

In the context of these books, Raid is actually not only a commando-style infantry squad assault, but I’d say it’s all kinds of daring actions, perpetrated throughout the ages. And it doesn’t need to be infantry operation, as air raids like famous Dam Busters or naval operations are included here too. These books uncover tales of heroism and military skill, discussing how the operations were conducting and revealing forces behind these actions – no matter if they were Sengoku Jidai era samurai, kidnapping king of Okinawa or audacious Rangers scaling the cliffs of Pointe du Hoc in Normandy.

Raid books are in typical 64-page Osprey format (though new titles are 80 pages long) and they’re gripping, full of details, and will interest not only grognards as they cover actions that befit Hollywood war movie. And authors don’t bore readers with needless force organization charts and opposing forces (though these are included too to some extent). Instead, Raid books focus on the action itself with some really good maps, covering various stages of the action and on men itself, presenting commanders, units, and their tactics.

As befits Osprey, there is gorgeous artwork inside and the overall production quality is top-notch. Every book in this series has its cover illustrated by Mariusz Kozik that has the talent to makes some really dramatic art, while inside illustrations are provided by a variety of artists. While some Osprey books reuse artwork from older volumes, Raid features only brand new illustrations, which is great.

One of the reasons Osprey books are valued highly among modelers and wargamers is that they provide historically accurate depictions of arms and warriors, be it ancient Samnite, American Civil War artillery piece, or modern-day Russian paratrooper.  Typically there are 2-3 magnificent double-page spreads with full-color artwork showing struggle covered in books. Additionally, there are often smaller illustrations showing opposing soldiers of the raid. 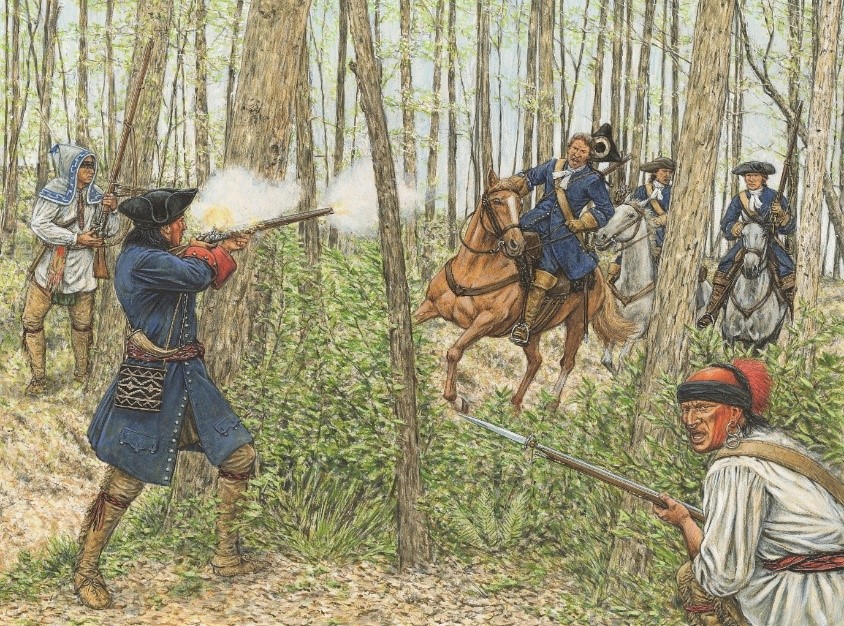 You can find magnificent artwork like this from the “Raiders of New France” book. Source: Osprey.

If you’re a wargamer like me and are interested in accurate source of information about weapons, environment, and uniforms, then Raid series are definitely a way to go. They’re a great reference for modelers and you can pick them up as painting guides, especially if you’re fielding forces depicting any of these actions. 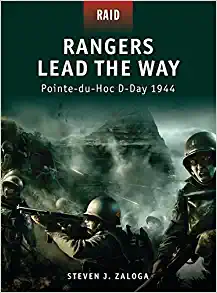 Pointe-du-Hoc was a small coastal village in Normandy, seemingly unimportant from the German point of view. After all, Axis commanders were convinced by tricky Allied misinformation that D-Day landings will take place in the Calais region where the fabled Patton’s Army supposedly stationed on the British side of the channel. But Patton’s Army was only a ruse and Normandy defenders were utterly surprised when on 6th June British, American and Canadian infantry and tanks stormed the beaches. But just before this happened, allied forces made a series of raids and bombings to ensure that the guns would remain silent during the Longest Day. And this is the book that tells a story of brave Rangers storming cliffs and using experimental equipment to disable German artillery.

This is a book from probably best known Osprey writer Steven Zaloga so you can expect quality analysis and detailed descriptions. The story is also told from defenders standpoint and German defense plans and various fortifications are presented with great details. Rangers’ story isn’t told that often like those of paratroopers or infantry landing on the beaches on D-Day, so the more reasons to pick up this compelling book. 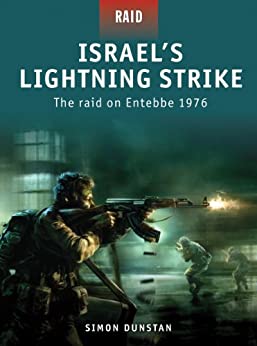 This book doesn’t cover a war but instead focuses on famous Israeli anti-terrorist operation. Ugandan dictator Idi Amin supported terrorists from the Liberation of Palestine. Israelis have designed one of the most audacious plans in history, making their way to Uganda and posing as the dictator himself and his goonies. They then thought off African forces and rescued prisoners. This incredible story is presented here by Simon Dunstan, who also makes documentaries for History Channel and features the usual full-color maps, photos, and outstanding illustrations. A great book that shows how resourceful organization Mossad is and that no one should mess with Israeli special forces. 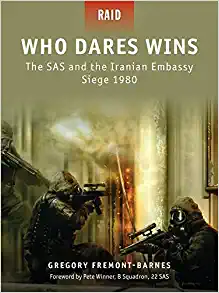 In 1980, when Iranian Revolution overthrew shah Reza Pahlavi installed by the CIA, six armed men stormed the embassy of Iran in London, demanding release of Arab prisoners. After killing one of the prisoners and throwing him out on the street, Margaret Thatcher lost the patience and ordered SAS to solve the problem. And they solved it and notably, it was broadcasted live on television, recapturing the embassy after six days of siege and unsuccessful negotiations.

What’s interesting, this is one of the most secretive modern military operations and to this day we still don’t know exact SAS troopers identities, as they remain a closely guarded secret. Gregory Fremont-Barnes is another renowned Osprey author from Oxford, specializing in military history, but even he has trouble with establishing who led these brave men due. “Who Dares Wins” is a SAS motto and this British special force is among the best-trained formations in the world and if you’re interested in counter-terrorism operations, this is a must-have read. 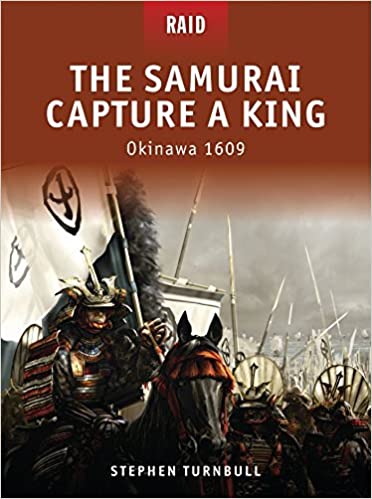 The subject of this book is quite different from the other in the series and it’s the first time I’ve heard of this raid. In 1609, the Shimazu clan of feudal Japan decided to raid the island of Okinawa, at that time not being a part of Japan to capture its king with a small band of katana-wielding warriors. Brilliantly executed through subterfuge, tactics and of course – sheer force, it ended in kidnapping the king and eventually annexing Okinawa into Japan.

This is an interesting book about an obscure subject not known in the West and as befits Osprey book it’s full of fantastic artwork. This time we’re not seeing dull panzer grey of German tanks or American drab khaki of paratroopers, but colorful and fanciful samurai armor, razor-sharp oriental swords, and spiky naginatas (Japanese halberds). If you’re interested in the samurai era you’ll have great fun with this book and it’s a good gift idea for someone interested in this period. Penned by none other than Stephen Turnbull, who might be currently the best samurai scholar outside Japan, this is a book that will suit any Japan fan. 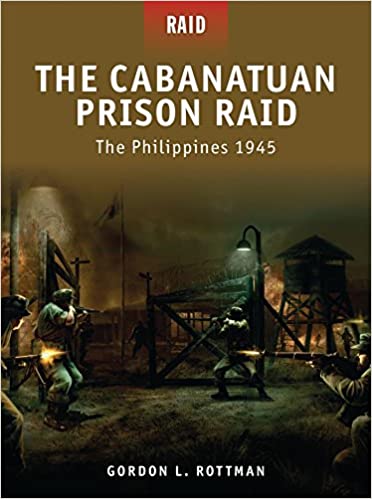 This is my favorite Raid book so far and it tales the gripping story of Ranger Battalion that rescued 500 prisoners of war from a Japanese camp. This book shows all stages of planning and the final action, where Rangers killed more than two hundred Japanese in 15 minutes, losing only 2 men and unfortunately to friendly fire.

The maps are also fantastic in this volume, very clear and they helped me understand how this POW camp could be assaulted with such a small price in casualties. US forces were augmented and supported by Filipino partisans and without their assistance, such tremendous success wouldn’t be possible. The author, a Vietnam veteran himself, gives these brave men much credit too and rightly so. Cabanatuan was a masterpiece of small team tactics and possibly the most successful action of its kind in World War 2 and maybe in military history.